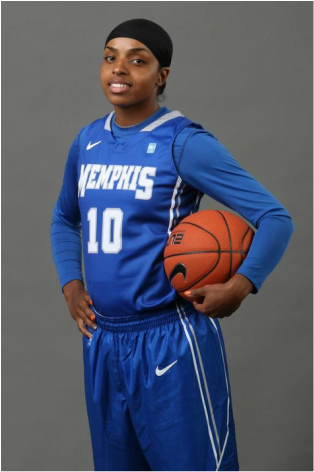 ﻿﻿ Bilqis Abdul-Qaadir is a young Muslim woman who lives in Springfield, Massachusetts. Bilqis has loved playing on the court ever since she was a little girl. She is a graduate of New Leadership Charter School. Following her high school career, Bilqis attended Memphis and Indiana State University, graduating from the University of Memphis with a Master's Degree in coaching.

Bilqis a very driven individual who has stood by her religion since day one. Following graduating from Indiana State University, her pursuit of signing a professional contract was taken from her when she was asked to remove her hijab while on the court. She was told that in order to play professional basketball she must first remove her hijab. This rule was created by an organization called FIBA, who establishes the rules for professional basketball. This was just the beginning of the discrimination of traditional Muslim women.﻿﻿